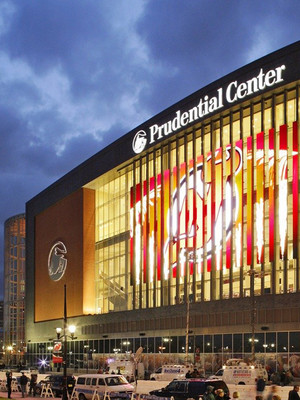 If you're happy to travel

You can catch Banda MS at Prudential Center in Newark, showing May 14, 2022

Banda MS is also touring to:

Banda at its best!

A fresh take on the classic Banda style

The MS Band, AKA MS Band Sinaloa Sergio Lizarraga, formed in 2003 and have been entertaining audiences around the world with their modern twist on the Mexican brass-based traditional music ever since. It's big band meets TV novella meets Latin pop, culminating in 'Chicoteada' which roughly translates to playing music at a very fast pace. Music so fast it'll have you on your feet in seconds!

Young, versatile and exceptionally talented, the group have been credited with breathing fresh life into the Banda music scene. By combining their creative forces they've managed to imprint their own style on the genre, while staying true to their musical heritage. Each performance is a celebration of their marriage between tradition and originality and should not be missed!

Sound good to you? Share this page on social media and let your friends know about Banda MS at Fedex Forum.