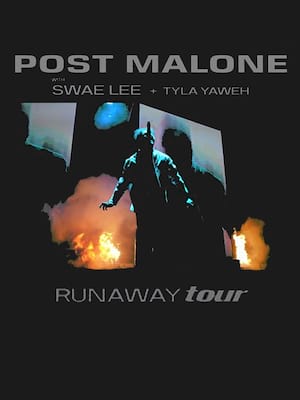 Straddling the pop and hip-hop worlds, quirky rapper-songwriter Post Malone turned heads and ears in 2015 when he dropped basketball metaphor-laden banger White Iverson. Now the artist has topped charts and became one of the most talked about artists in hip hop. 2020 sees Post extending his arena tour, alongside Swae Lee and Tyler Yaweh as support. Don't miss his 'Runaway Tour' when it comes to you!

Since his 'Beerbongs and Bentleys' album hit Platinum, Post Malone is the name on everyone's lips once again. With his unique style (once described as a blend of country, grunge, hip-hop and R&B), and a band of fellow rap-stars dying to work with him it looks like this young star is going to be here for the long haul. Don't miss Post Malone's 'Runaway Tour' when it comes to you!

Sound good to you? Share this page on social media and let your friends know about Post Malone at Fedex Forum.