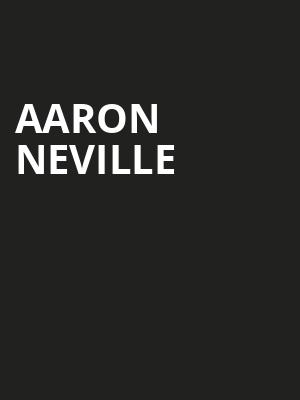 The legendary singer comes to town

The iconic R&B and Soulman Aaron Neville is out on the road again this year, bringing his stunning silky-voiced ballads and full-throttle funk to you. First coming to mainstream attention in 1966 with 'Tell it Like it Is', (ranked 391 in Rolling Stone magazine's 500 Greatest Songs of All Time) Neville has not looked back. Extensively touring to this day, don't miss your chance to the Platinum performer do what he does best!

Rising to fame alongside his brothers Art, Charles and Cyril in the group The Neville Brothers in the 1970s, Aaron subsequently launched a highly successful solo career, with 'All My Life', 'Don't Know Much' and 'When Something Is Wrong With My Baby' among his smoothest singles. His last released was 2016's Apache.

Sound good to you? Share this page on social media and let your friends know about Aaron Neville at Germantown Performing Arts Centre.