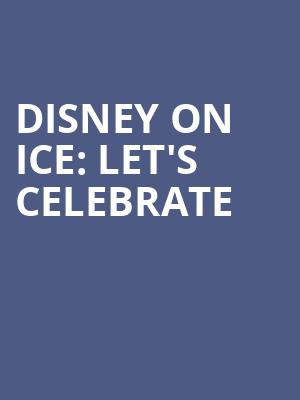 The ice skating was impressive and throughout the performance the characters interacted with the audience making for a fun experience.

It's time to party again!

Disney On Ice presents Let's Celebrate!, a show all about celebrations from across the globe! Disney characters new and old join the fun, with the show marking the skating debut of Princess Tiana and Prince Naveen from Walt Disney's modern classic The Princess and The Frog.

Classic and contemporary Disney songs, an original storyline, brilliant costumes and high energy action will have audiences celebrating some of the world's most popular events without ever leaving their seat - from Halloween with the Disney Villains, to a Valentine's Day Royal Ball featuring the Disney Princesses. In a fun-packed, ice extravaganza, more than 50 characters from 16 Disney stories will converge and take audiences on a thrilling world tour to exotic destinations, including Brazil for a Carnivale parade, Hawaii for a luau party and Japan for a Cherry Blossom festival.

Nobody is too young, or too old for Disney On Ice. If your child is under 2 years old you don't need to buy a ticket.

2 hours and 15 minutes, including one intermission

Disappointed in the lack of Disney music. Did not feel it was the quality... more

Sound good to you? Share this page on social media and let your friends know about Disney On Ice: Let's Celebrate at Landers Center.