Unfortunately, we don't have any information about upcoming performances of this show. Maybe we can interest you with something similar from the options below... 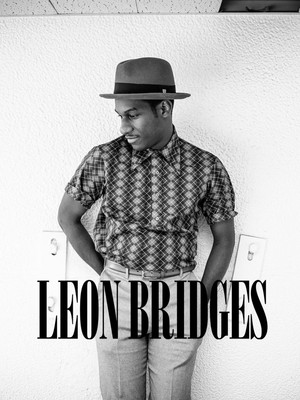 The young Texan is going on tour in support of his sophomore album, Good Thing. The gospel and soul singer harks back to an older time, with a strong emphasis on 1960s rhythm and blues. He has gained national press attention for his work, with The Wall Street Journal describing him as a "throwback to '60s-soul a la Otis Redding and Sam Cooke". He also makes a point of performing in vintage clothing from the era, making his act a true throwback to nostalgic times.

In a story that is stranger than fiction, Bridge's break into the music industry came about after a chance meeting with rock group White Denim's guitarist Austin Jenkins in a bar; Jenkins and fellow bandmate Joshua Block would go onto produce his first critically acclaimed single, "Coming Home".

Leon Bridges is an incredible talent. His songwriting is superb and his... more

Very good show. The opening act, to me, lacked consistency in the sound... more

Sound good to you? Share this page on social media and let your friends know about Leon Bridges at Orpheum Theater.