Meet The Cats of CATS!

The long-awaited movie adaptation of Andrew Lloyd Webber's musical is finally arriving on Friday and stars the likes of Taylor Swift and Ian McKellen! Get to know the famous felines of CATS before you see the movie...

A once-glamorous cat, poor Grizabella has fallen on hard times. Spending her days lost in the memory of better times, this fierce feline has the most famous song in the show! Singer-songwriting powerhouse Jennifer Hudson takes on this role in the movie, and is usually played by a celebrity or a great dame on Broadway!

Full of magical tricks the mysterious Mr. Mistoffelees enchants and dazzles his fellow Jellicles. However, this cat perhaps is not all that he seems...

The leader of the Jellicle's, Old Deuteronomy is wise and full of kindness. Seeing the value in every cat, the whole tribe is deeply saddened when their leader is kidnapped! Old Deuteronomy is one of the most respected Jellicle cats around, so it makes perfect sense that Judi Dench will be starring in the role in this brand new feature-length film.

The masterful Macavity is the musical's, nifty burglar. His crimes are infamous as he can never be caught! Although Macavity doesn't get his own song in the original musical we hope that we see a lot more of him on screen as British acting legend Idris Elba becomes this "Napolean of Crime"!

This young cat is ready to steal the show! Full of hip-hop moves Rum Tum Tigger is the bad boy of CATS. Pop-star Jason Derulo will be showing off this dazzling dance moves as he takes on this mischievous kitty kat!

This cheerful energetic old cat loves his job as a mail train cat, proud of his important role the rest of the Jellicles respect and love Skimpleshanks!

What is CATS about?

Once a year, a local tribe of street cats, all with their own distinct names and personalities, come together for the legendary "Jellicle Ball". Here they entertain each other, tell stories, and listen to wisdom given by their elderly and respected leader, Old Deuteronomy. A Broadway classic, Cats doesn't follow your usual musical theatre plot, instead, it's a dazzlingly choreographed jamboree that gives us the inside scoop on the real lives of our feline friends!

CATS is now on tour across North America!

Broadway and Show news straight to your Inbox!

Read how we protect your data. 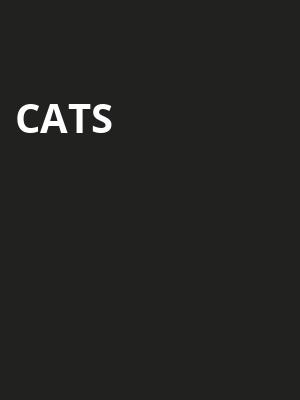